Launch of the second Mediterraneo 116′ BM002 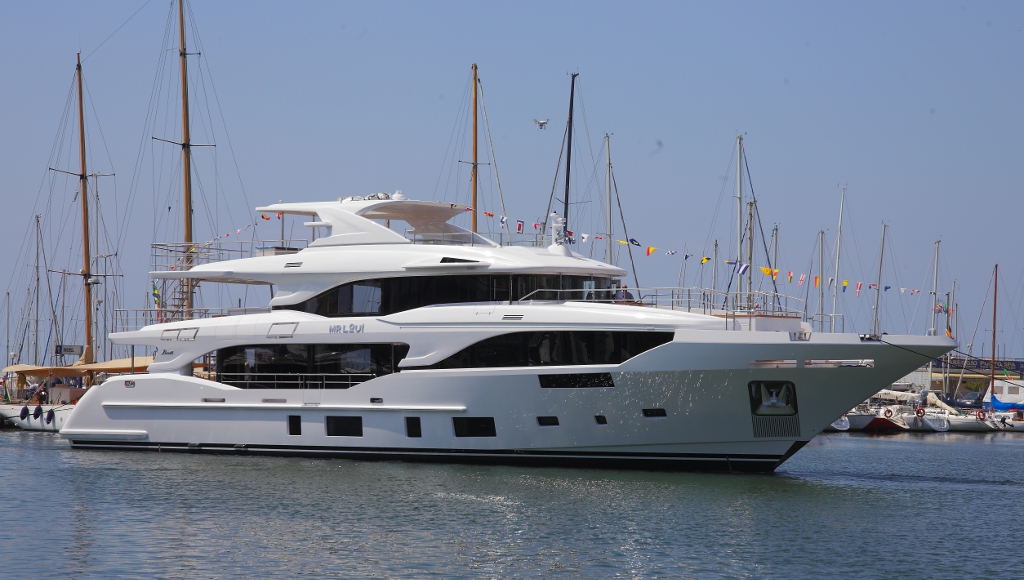 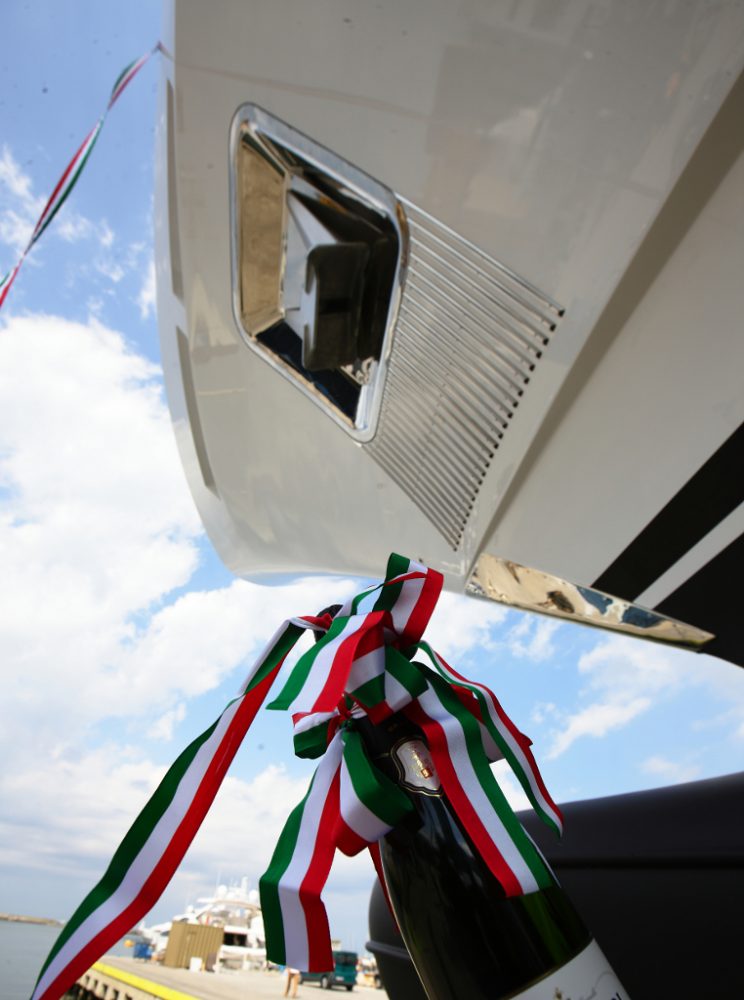 The storied Viareggio-based shipyard provided the backdrop on August 9 for the launch of the second Mediterraneo 116’ unit, a 35.5-meter fiberglass and carbon fiber yacht in the Class Displacement series that will be ready for delivery next October 30.

Like the previous model, the exteriors are designed by Giorgio Maria Cassetta, while the interior design has been developed by the shipyard Interior Style Department in collaboration with the owner’s designer of choice. Sleek, streamlined contours on the outside are matched by interiors offering the ultimate in livability and seamless continuity of space, in which light plays a key role, in part through the use of big glazed surfaces and a crystal glass door.

Comfort, luminosity and design were the key concepts when designing the owner and guest spaces. Outside, there are two big dining areas (including one over-6 meters wide in the huge cockpit on the Upper Deck) and various extensive spaces furnished with sunloungers, sofas, deckchairs and armchairs. The sundeck deserves special mention, offering a total area of more than 80 square meters and a continuous walkable surface almost 16 meters long.

Inside, the Main Deck stands out for the roomy lounge area, consisting of dining and relaxation spaces, each with three-meter long windows for a sensation of continuity with the world outside. The full beam Master Suite is situated on this deck in the bow, with a studio and cabin that also feature big glazed surfaces, both 3.4 meters long and free of uprights. The four guest cabins on the Lower Deck consist of two facing Vip cabins aft with double beds and two guest cabins with twin beds and pulman beds that allows to host 2 more guests on board.

The crew accommodation for a total of seven people is provided by three cabins, plus the captain’s cabin on the upper deck next to the helm station.

The two CAT ACER C32 Rating D (1600hp @ 2300 rpm) drive the yacht to a top speed of 15 knots and a cruising speed of about 14 knots. The yacht’s range at 10 knots is 3,000 nautical miles, with stabilization at anchor and underway provided by electric fin stabilizer.