A symbol of Made in Italy excellence, with a unique and inimitable design, 69-meter mega yacht M/Y “Spectre” is back on the top step of the podium at the World Superyacht Awards in the category “Displacement yachts between 500 and 1,999 tonnes”. The Boat International judges were won over by exteriors designed by Giorgio M. Cassetta and interiors by the Benetti Interior Style Department. M/Y Spectre is also a worthy winner of the award because of its sporty performance, the cutting edge technology of the hull by Mulder Design, and Total Ride Control® by Naiad Dynamics. 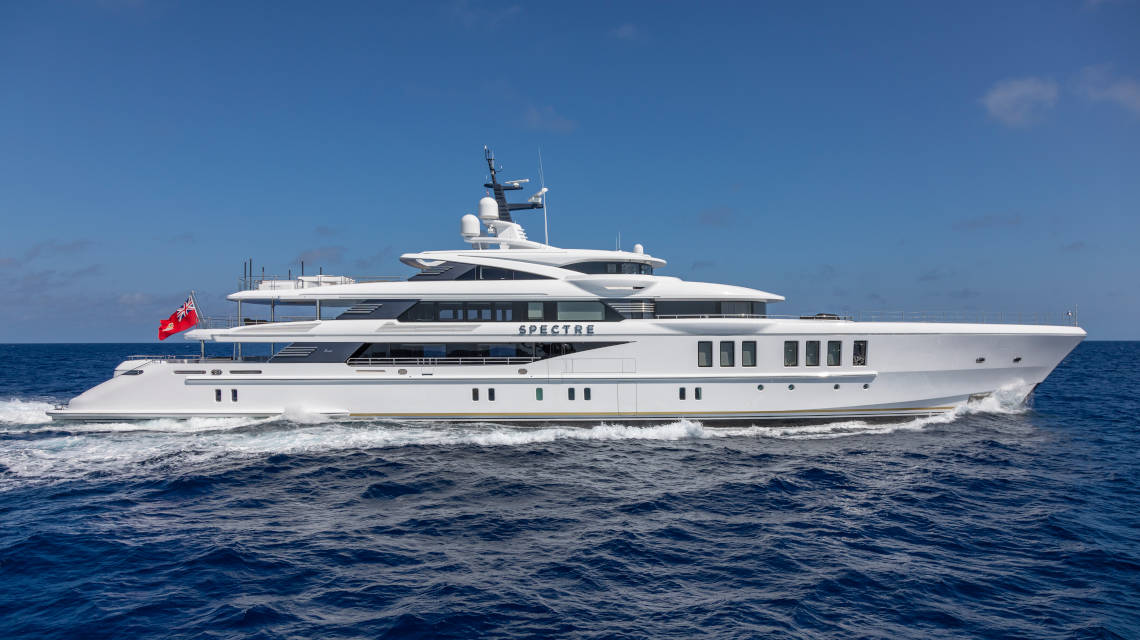 Almost a month after the Asia Boating Awards 2019, where M/Y “Spectre” won the “Best Custom-Built Yacht” prize, the iconic 69-meter Benetti wins another prestigious new award. This time M/Y “Spectre” has cast its spell over the designers, architects and yachting experts that were part of the jury of Boat International, one of the world’s most highly respected yachting magazines, who gave the yacht the World Superyacht Award in the category “Displacement yachts between 500 and 1,999 tonnes” for its build quality, technology, high performance and cruising comfort.

Paolo Vitelli made the following comment on this latest achievement: “I feel extremely proud to be Chairman of Azimut-Benetti Group, once again recognized as the largest megayacht producer in the world for 19 years now. Benetti is receiving this prestigious award for Spectre and in the meantime is completing 3 Giga yachts of more than 100 mt. We are living a sparkling sales season and hosting great events all over the world. These are great achievements with which I happily celebrate the 50th Anniversary of my Group”.

The words of Chairman Vitelli were echoed by Giorgio M. Cassetta, who designed the exteriors of M/Y “Spectre”. “Imagining, designing and building Spectre was a great opportunity, which my team and I honoured with our most dedicated attention and work. I am deeply grateful for this outstanding recognition and wish to thank deeply John and Jeanette Staluppi, all the team involved in this spectacular construction, my own team who have spared no effort and all those who have shown appreciation for Spectre which will always bear an important place in my heart”.

The dynamic exterior design of “Spectre” accommodates spacious interiors by Benetti’s Interior Style Department, which has created a modern yacht embellished by steel detailing and sculpted glazed surfaces. The atmosphere conjures up the mood of 1930s Art Deco found in New Orleans and Florida, which draws its inspiration from late 19th century French Liberty style.

The distinctive features that won the judges over also include the incredible performance and cutting edge technology of the “High Speed Cruising Hull” designed by Dutch firm Mulder Design and the innovative Total Ride Control® system by Naiad Dynamics. These two technologies give “Spectre” a top speed of 21.2 knots, with a range of 6,500 nautical miles at a speed of 12 knots.

“The High Speed Cruising Hull was developed by Mulder Design over the years with the target to increase cruising speed by 30% compared to conventional displacement hulls”, said Frank Mulder, founder of the Dutch studio. “This technology improves on board comfort and increases fuel efficiency at long range speed, thus obtaining serious long range capability”.

“We credit Mulder Design, Benetti and the yacht owner for their forward thinking and confidence in Naiad Dynamics”, said John Venables, CEO of Naiad Maritime Group. “We are delighted to have had the opportunity to apply our Total Ride Control technology for this superb yacht. Benetti has made this a reality”. The system significantly improves the cruising stability of “Spectre” and onboard comfort using two roll stabilizing fins, two forward pitch control canards and three independently controlled stern blades.