The final installment of Benetti’s Giga Season kicks off as the yard announces the successful delivery of the 108-metre flagship Giga yacht FB275, the longest yacht ever built by Benetti. Featuring exterior design and décor by RWD and interiors by Benetti’s in-house design team. Onboard amenities such as her large swimming pool, on board cinema, fire pit and treasure trove of water toys make her live up to her Giga yacht status. 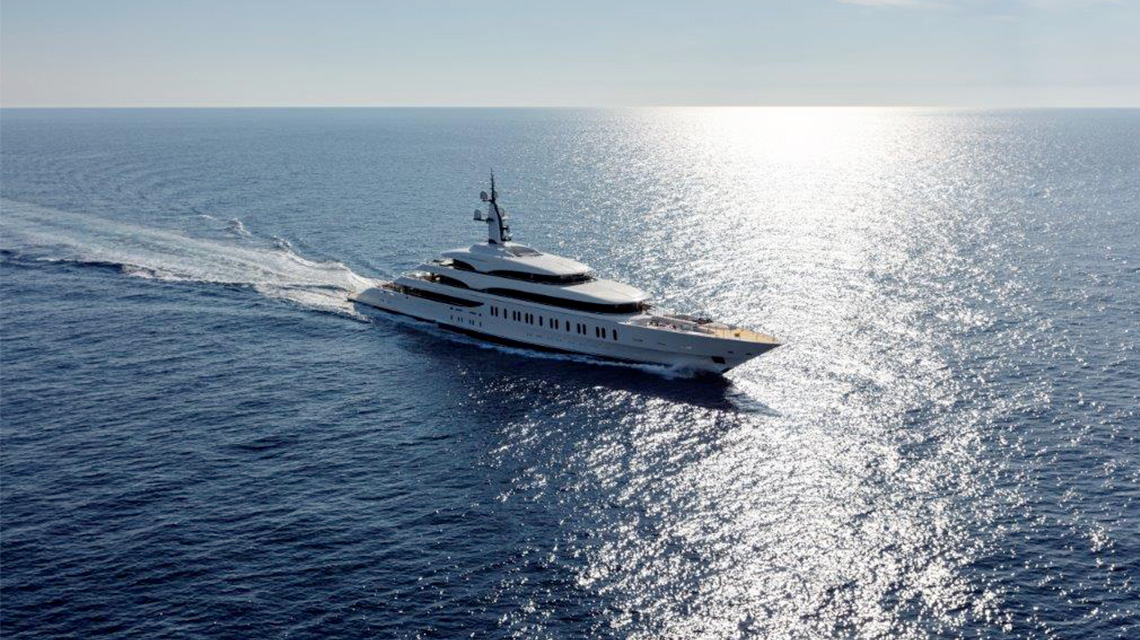 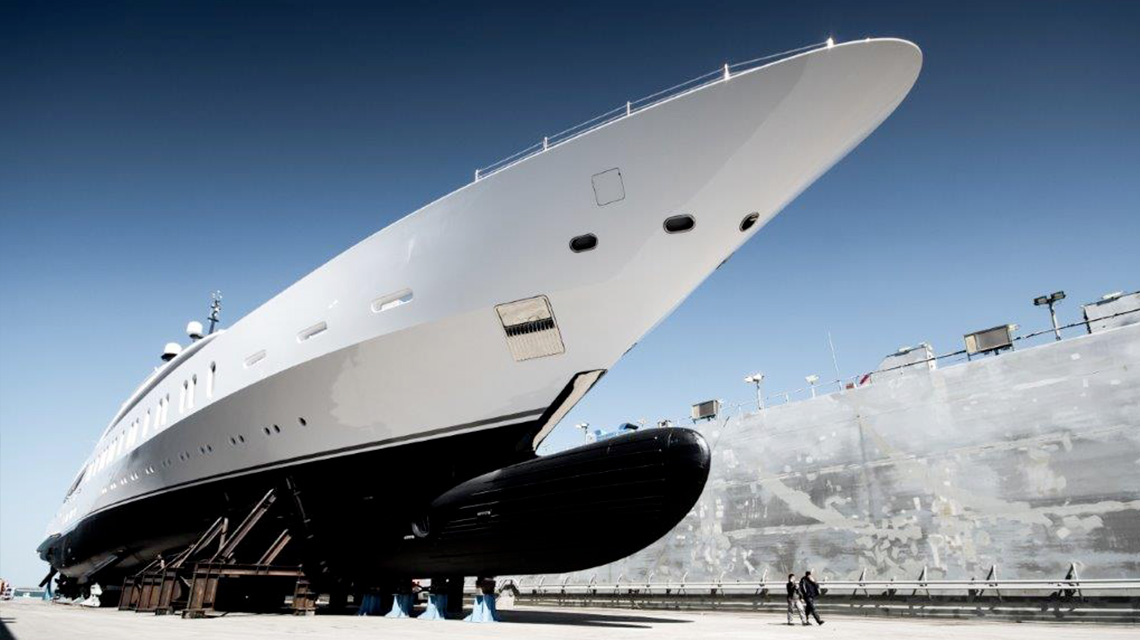 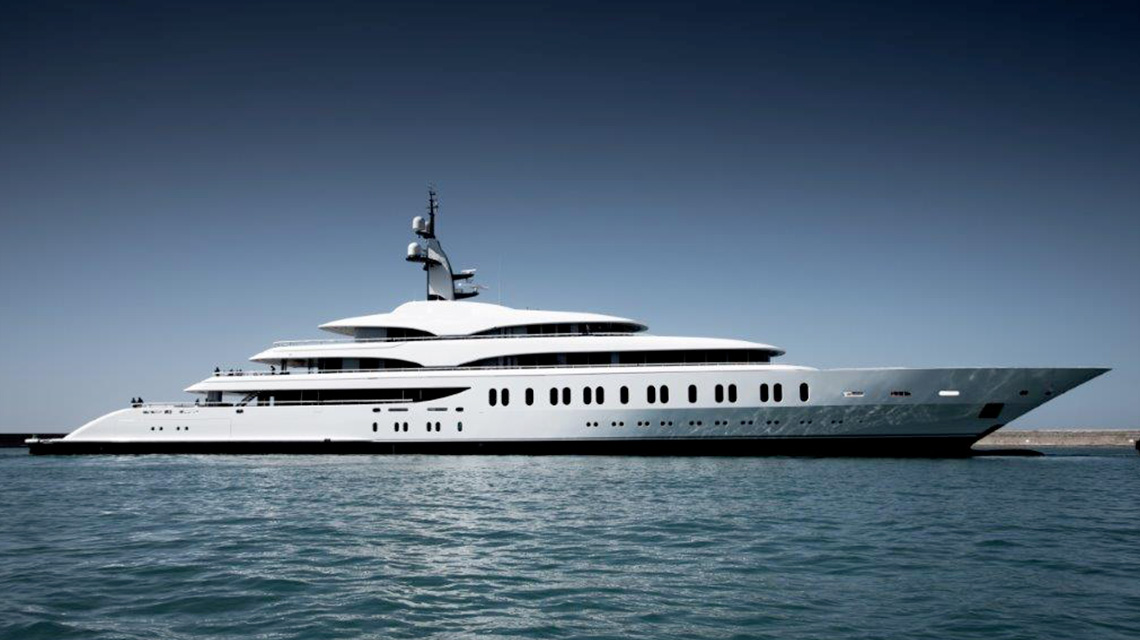 Benetti is proud to announce the delivery of the first Giga yacht of its iconic Giga Season. The longest of three 100+ metre yachts built simultaneously by Benetti at its Italian facilities, the 108-metre flagship FB275 departed Benetti’s yard in Livorno on July 26. Featuring exterior design and décor from the British RWD studio, her interior design is from the drawing boards of Benetti’s in-house design team.

“FB275: a great success for Benetti, for Livorno, for Italy. Today we completed this delivery 40 days before the due time. We have made the owner, his captain and his team extremely happy and proud of such a real masterpiece. My warmest thanks to the owner who trusted Benetti, to Franco Fusignani and all Benetti management who have made this extraordinary achievement possible” said Paolo Vitelli, Founder and President of Azimut|Benetti Group.

The departure of FB275 marks a significant milestone for the leading Italian shipyard. With a steel hull, aluminium superstructure and a naval architecture by Pierluigi Ausonio, the 108-metre FB275 is the longest Giga yacht ever to be delivered by Benetti. She features 14.5 meters beam, a draft of 4.4 meters and a gross tonnage of 3,367 tonnes. After 4 sea trials she is now accredited with Lloyd Certification.

With a fuel tank capacity of 345,000 litres and powerful twin MTU 2880 kW engines, she has a maximum speed of 18.5 knots and an autonomous range of 6,500 nm at 14 knots. Benetti’s new flagship Giga yacht also boasts an electric Schottel stern SPJ pump jet to enable the yacht to travel distances powered entirely by electric propulsion.

From the large heated swimming pool on the Main Deck to her treasure trove of yacht toys and tenders accommodated on board, the FB275 is a Giga yacht built for embracing the very best of the yacht life. In addition to her 2 14-metre tenders together with a 10-metre custom tender and a total of 8 jet skis, she boasts more than 1,000 square metres entirely devoted to outdoor living spaces. The Observation Deck is a highlight on board, providing breathtaking evenings under the stars, while on the Bridge Deck a 1.5-metre fire pit sets the scene for cosy nights at sea. The Owner’s Deck features its own private al fresco dining and relaxation areas, while on the Main Deck a vast dining table provides the perfect setting for an evening of al fresco fine dining.

“The exterior design of FB275 epitomises all that RWD strive for in our designs – elegance, beauty, attention to detail and absolute quality in every surface and sweeping curve” said Adrian Chisnell, Team Principal at RWD. “Many years in development, the exterior lines were created to portray a purposeful and powerful stature yet with a timeless flowing silhouette. Significant engineering accomplishments on board coupled with such an elegant exterior form, masterfully crafted by Benetti create a unique statement – of which RWD’s whole team are incredibly proud.”

FB275 accommodates up to 22 guests on board in absolute comfort and luxury, tended to by a yacht crew of 29.

Dawn of the Giga yacht

The Benetti’s Giga Season officially kicked off with the builds of three 100+ metre Giga yachts at the Benetti facilities in Italy. To rise to the enormous challenge of building three luxury Giga yachts of this size concurrently, Benetti heavily invested in their company processes, as well as their Livorno facilities. A fully ENAC – Italian Civil Aviation Authority – compliant helipad was installed for the comfort and convenience of clients and their staff, while two new 58.5 x 137-metre sheds enabled Benetti to massively increase its productivity. Both sheds are equipped with two gantry cranes with a maximum capacity of 40 tonnes.

The development by Benetti of the three Giga yachts construction programme has also required the creation of an exceptional team of experts specialised in large yacht construction. Benetti is one of the very few shipyards in the world with the capabilities to build yachts exceeding 100-metres in length. This is part of a long-term plan for Benetti, and it is, indeed, the dawn of the Giga yacht in Italy. For the first time, an Italian private yard will be a serious competitor in the international 100+ metre luxury yacht market.

“I’m extremely proud of the progress we’ve made at Benetti. We’ve worked hard to innovate and develop efficiency in all aspects of our business – from our organisational processes to our construction methods. The launch in exactly 100 days of 3 Giga yachts, each one over 100 meters in length and build in parallel here in Livorno, and FB275 delivery are a statement of this progress as less than 4 months have passed since her launch” said Mr. Fusignani, Benetti CEO, “Under the supervision of Maria Rosa Remedi, from Benetti Interior Style Department, Mauro Izzo and his team worked tirelessly on FB275 interiors design for 500,000 work hours. Focusing on processes has allowed us to take a big step into the future of large yacht building – all while maintaining a quality of Giga yacht that we are proud to brand Made in Italy.”

With FB275 now delivered to her owners, the handover of the 107-metre FB277 will follow shortly, followed by the delivery of FB272 in the second half of the year.